• Site of The Day

To encapsulate the message of Stella Artois' global Christmas campaign 'Give Beautifully', we designed an interactive installation that gave the people of light polluted cities: New York City and Buenos Aires, the chance to look up at the stars.

It was our aim from the beginning to create an experience that delivered a feeling of wonder. That majestic sense of ‘wow’ you get when you look up at the milky way on a cloudless night, far from the noise of the city. An immersive experience, rich in organic natural beauty that you’d want to reach up and touch.

Made with over 2500 individual LEDs, the canopy was broken into three layers: a bespoke star cloth of single LEDs, hundreds of larger static LED balls and 149 kinetic globes. The latter were rigged on dmx controlled winches and when guests reached up for them, they slowly descended down to their position. The whole canopy was suspended above a mirrored floor, doubling the amount of stars in the space.

Five of the kinetic winch globes allowed for photo capture from above. When these stars were reached for, the canopy pulsed in a brilliant flash of white, and a DSLR hidden above captured the gaze of the people reaching up below which they could get post the experience via a tablet gallery.

The experience was supported with an 8 channel, dramatic sound scape which modulated around the space. And when photo stars were triggered individual star sounds were played via a midi signal. These sounds were actually the sound of stars that were developed by Physics Professor: Dr Zoltan Kollath who interpreted star light frequencies into audible samples.

When we first revealed the installation to the public a grand piano was placed below. A specially invited audience then witnessed a special performance by singer John Legend.

For this opening performance I designed a set of special animations which could be dynamically controlled using a tablet interface. I was able to bring animations in and out on the fly throughout the show responding to Mr. Legend’s performance. 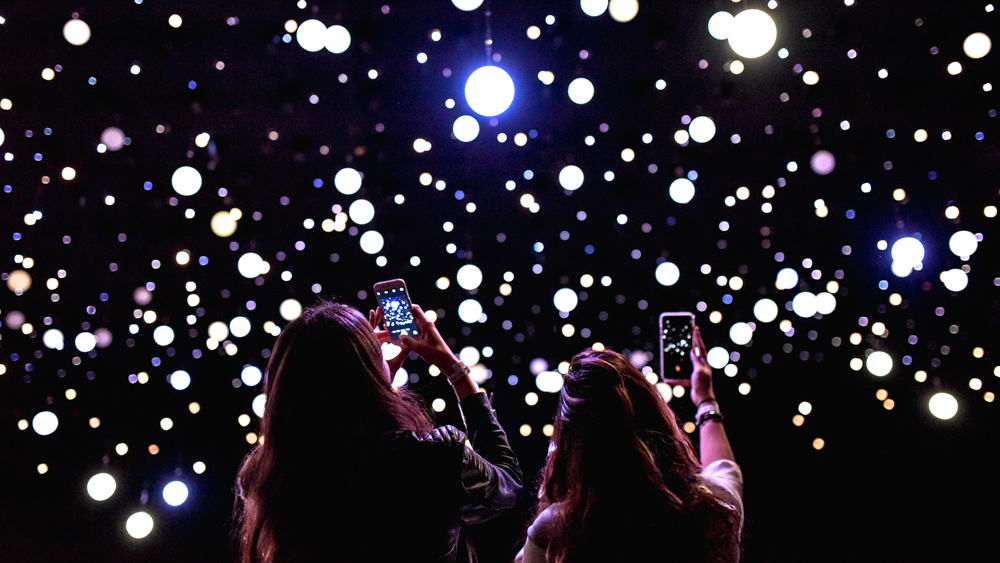 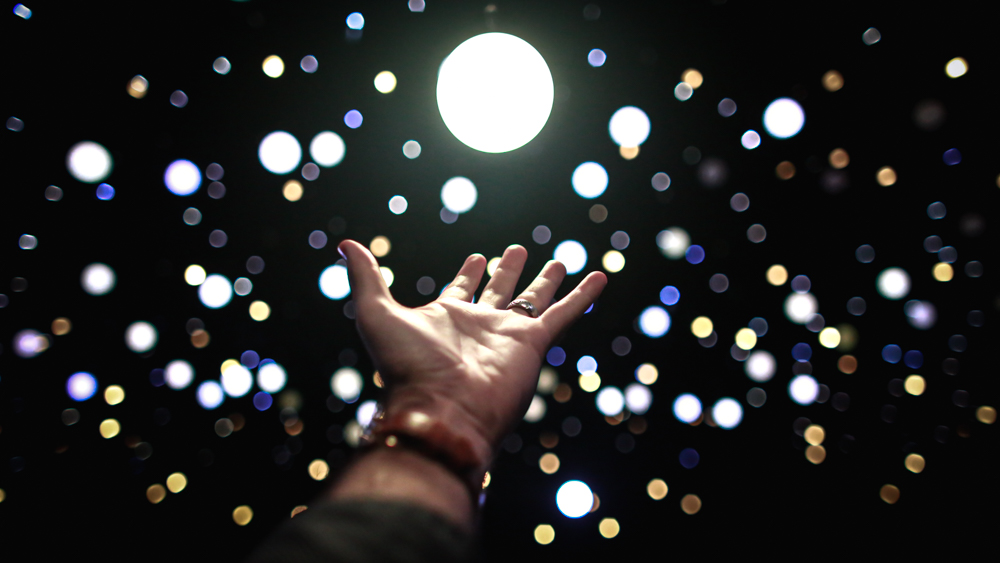 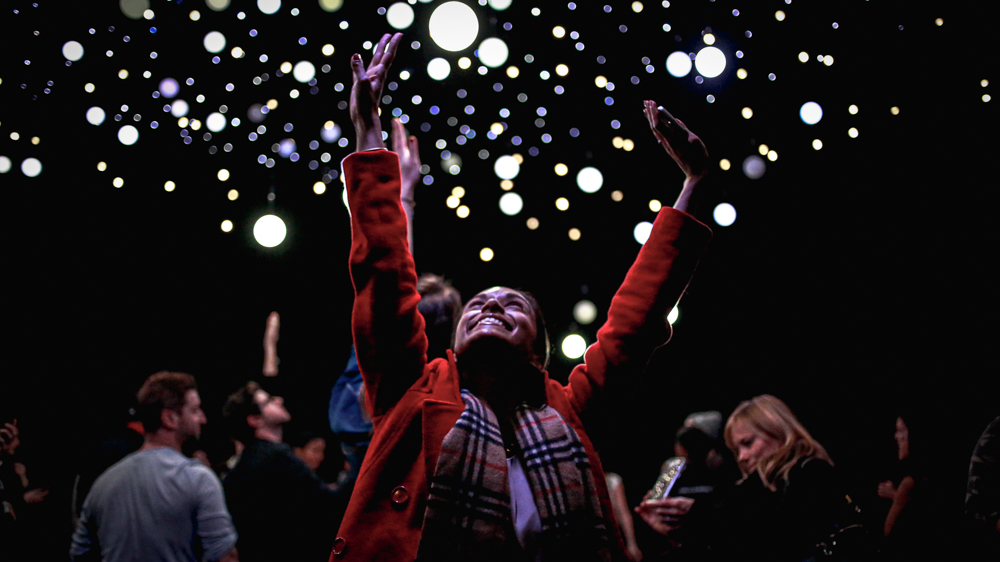 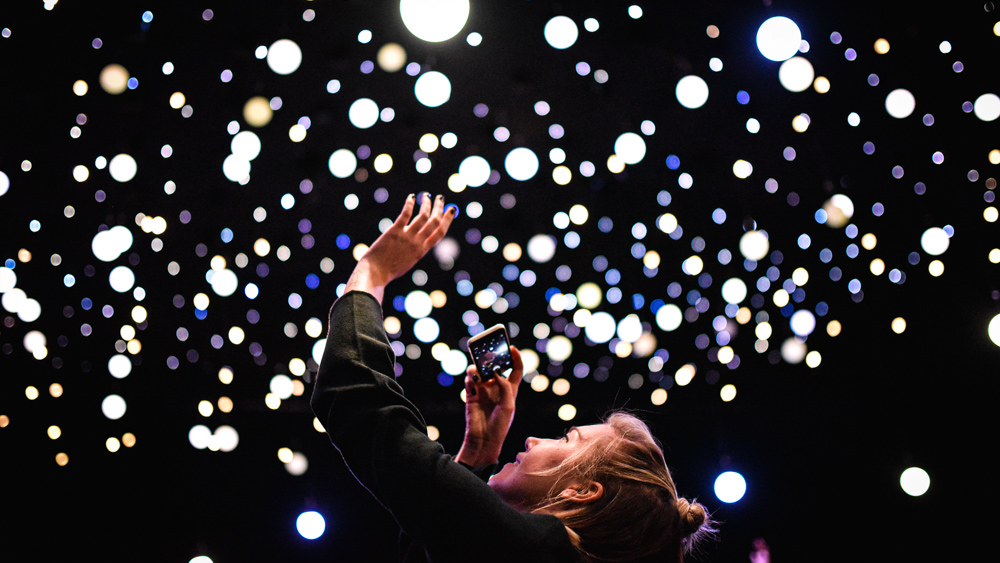 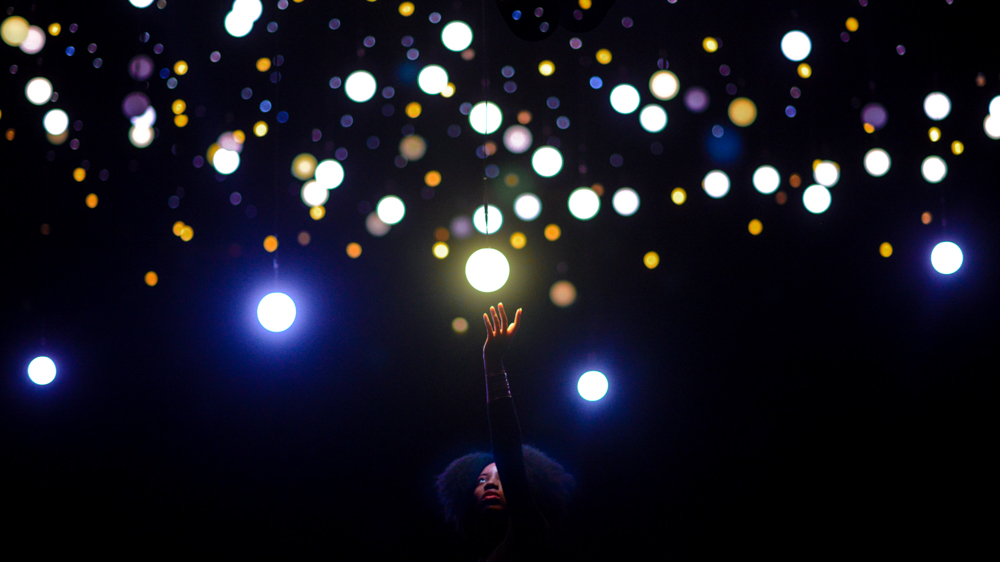 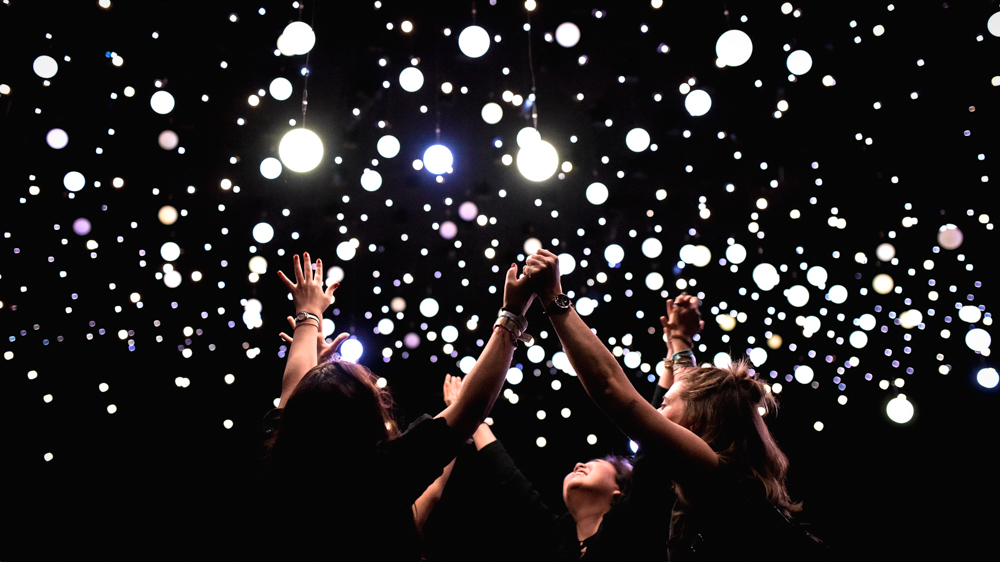 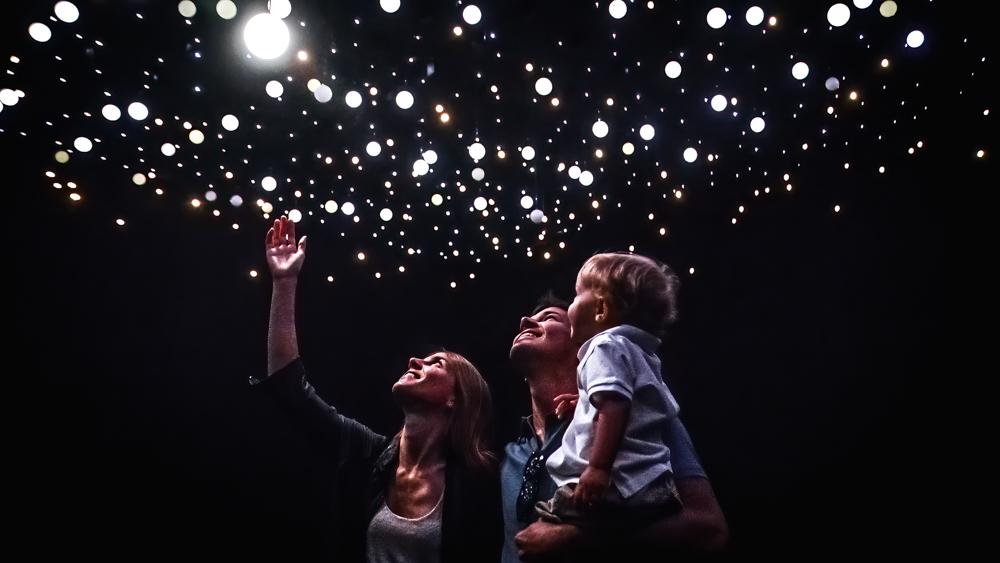 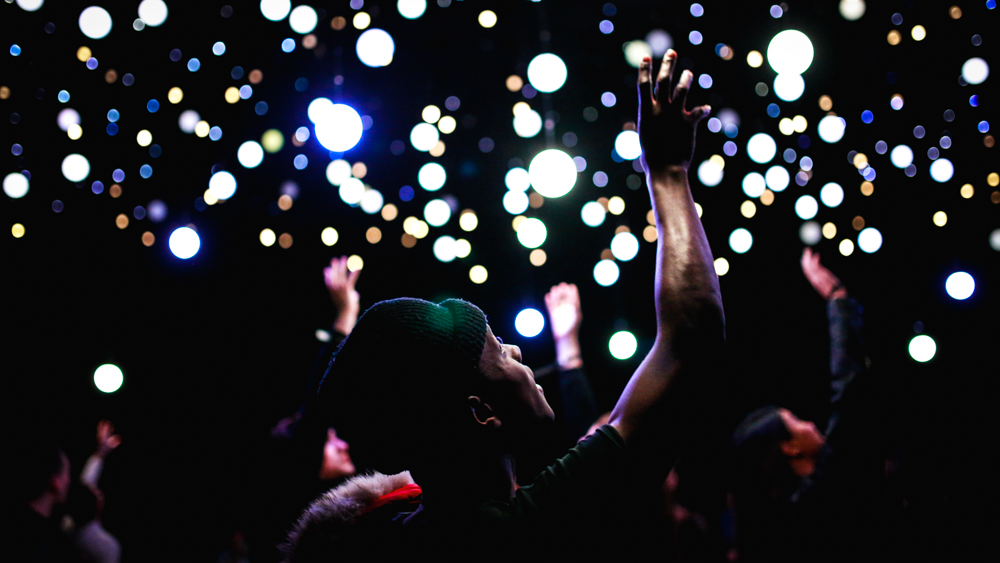 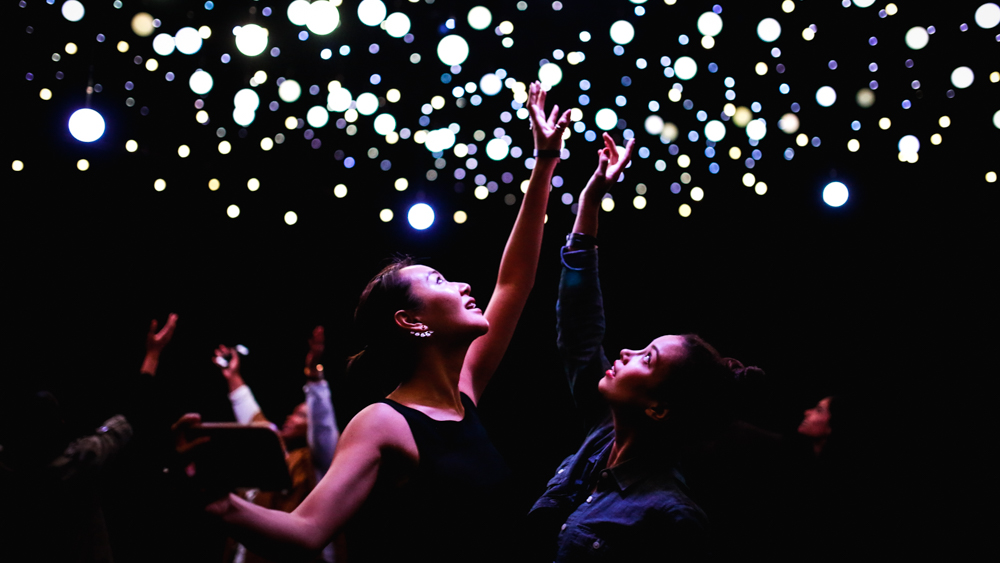 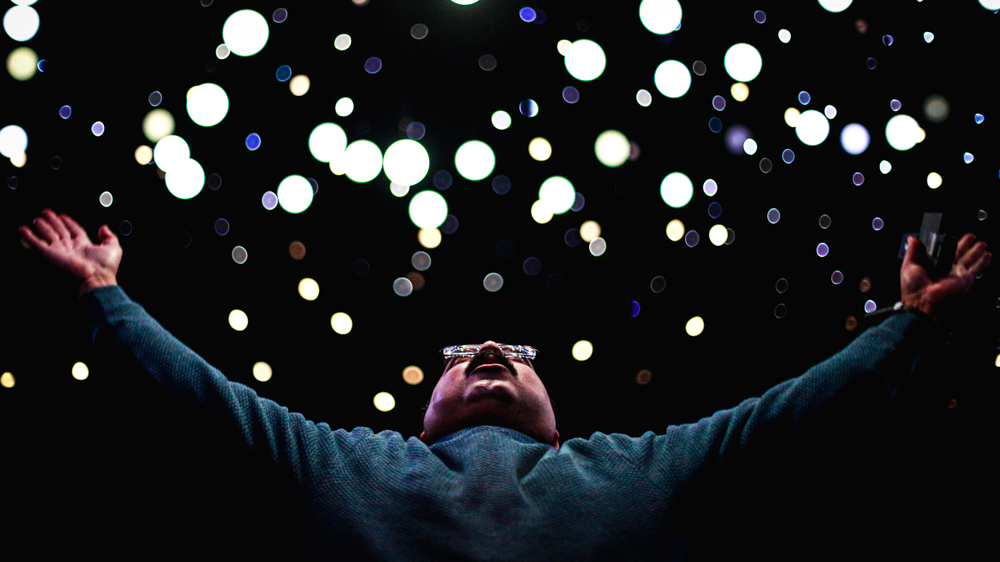 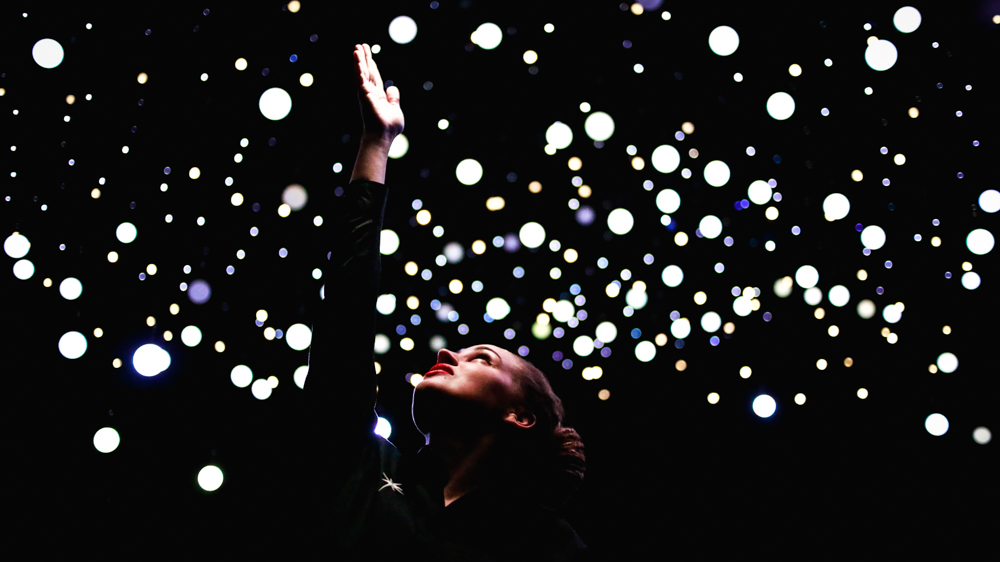 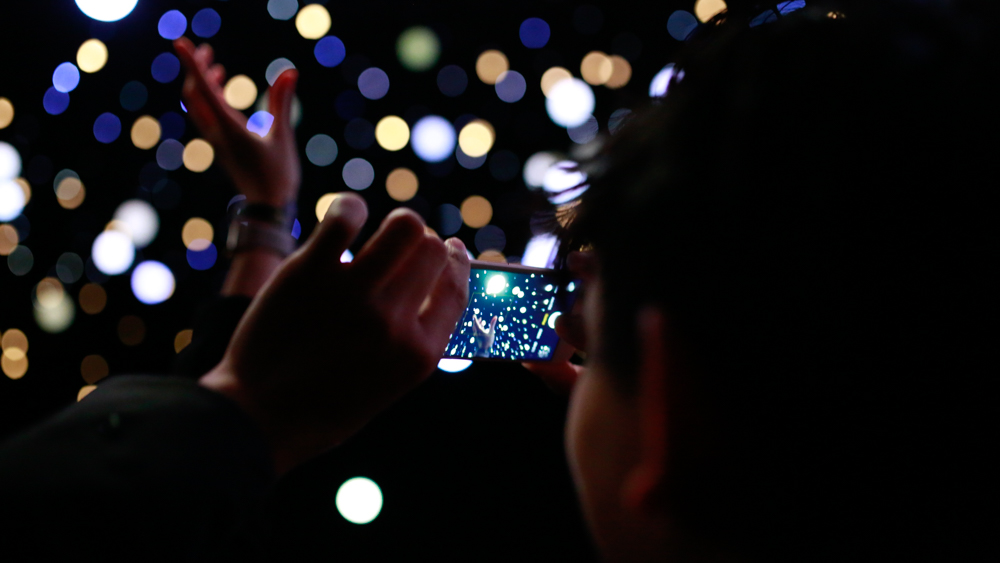 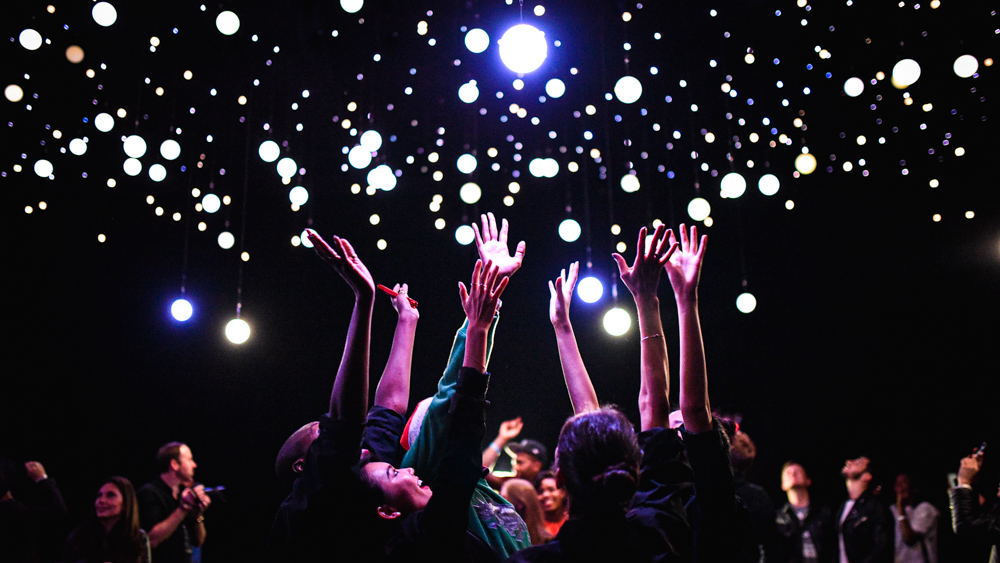 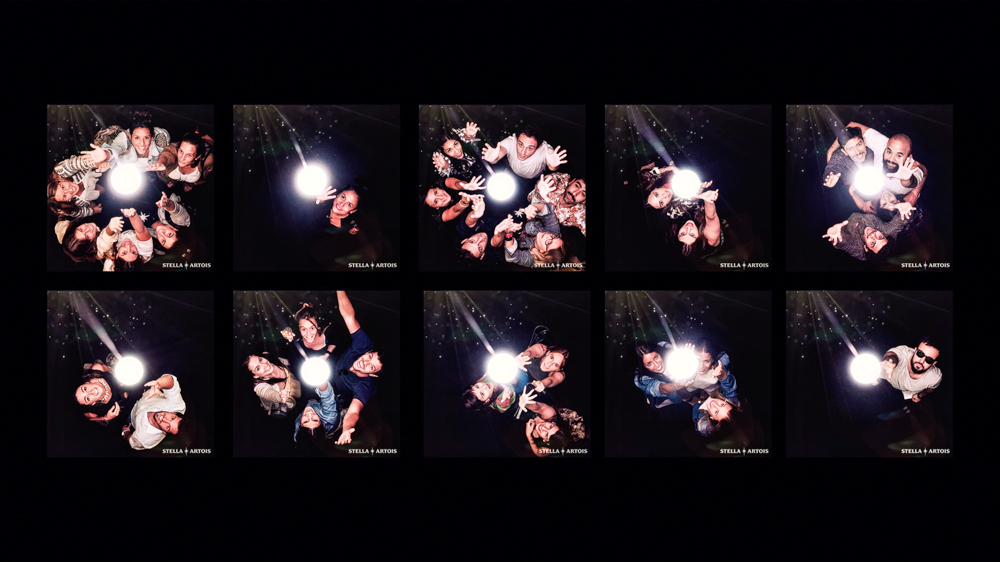 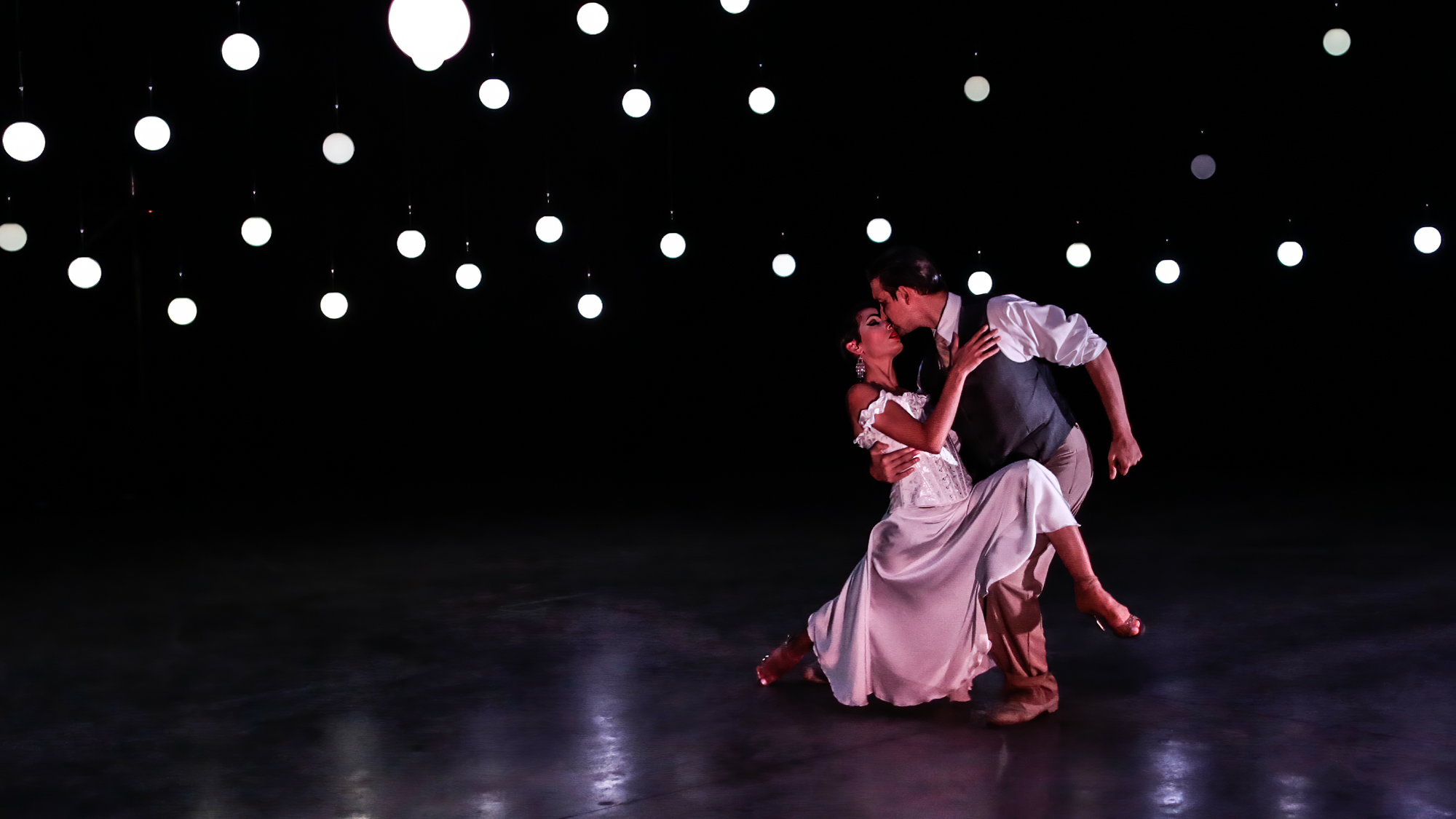 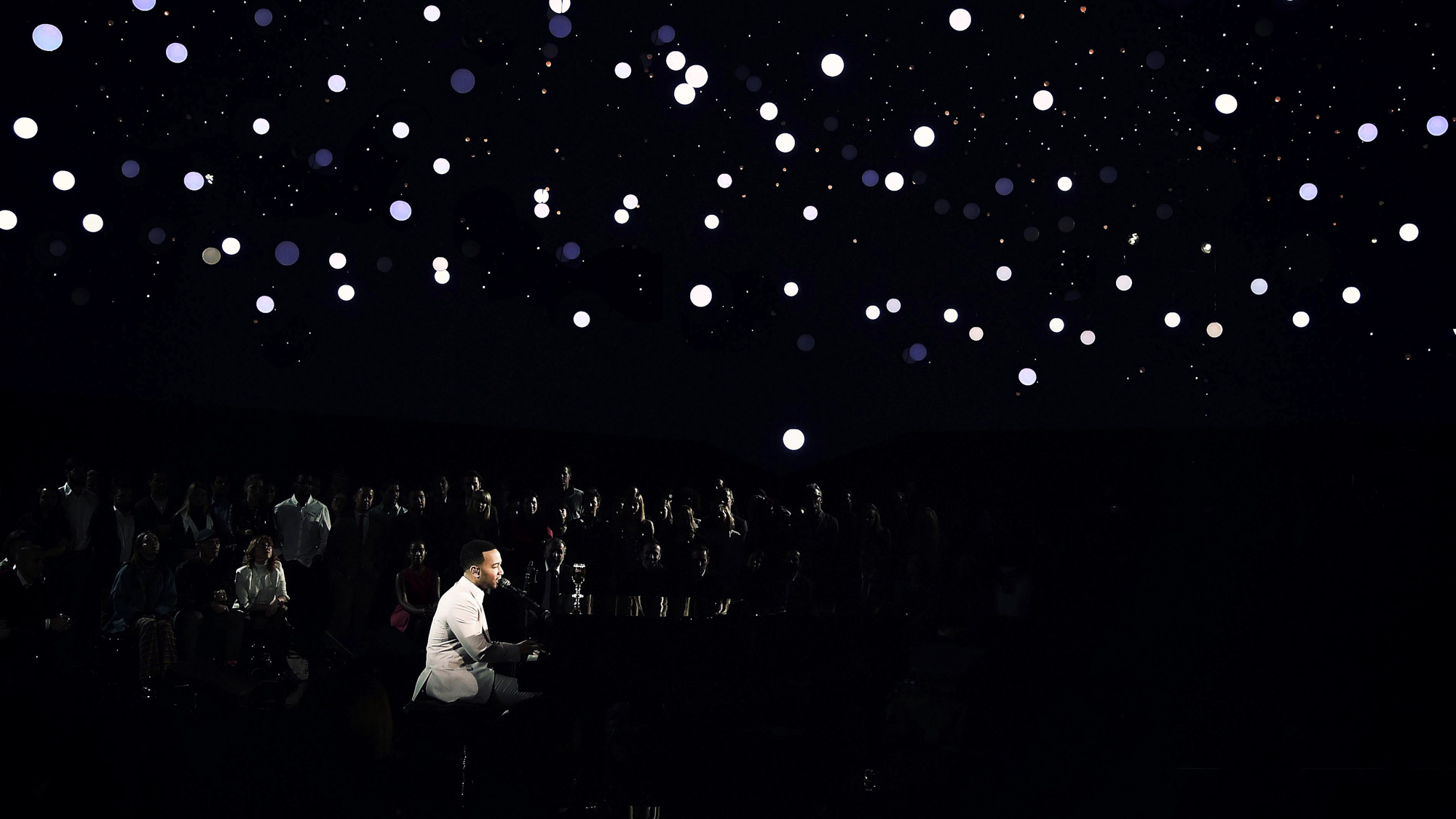 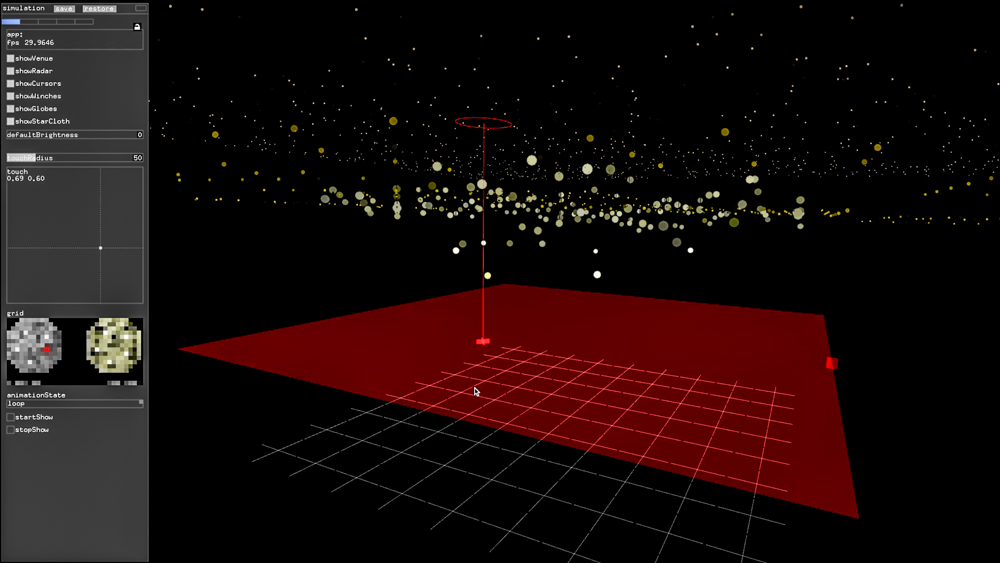 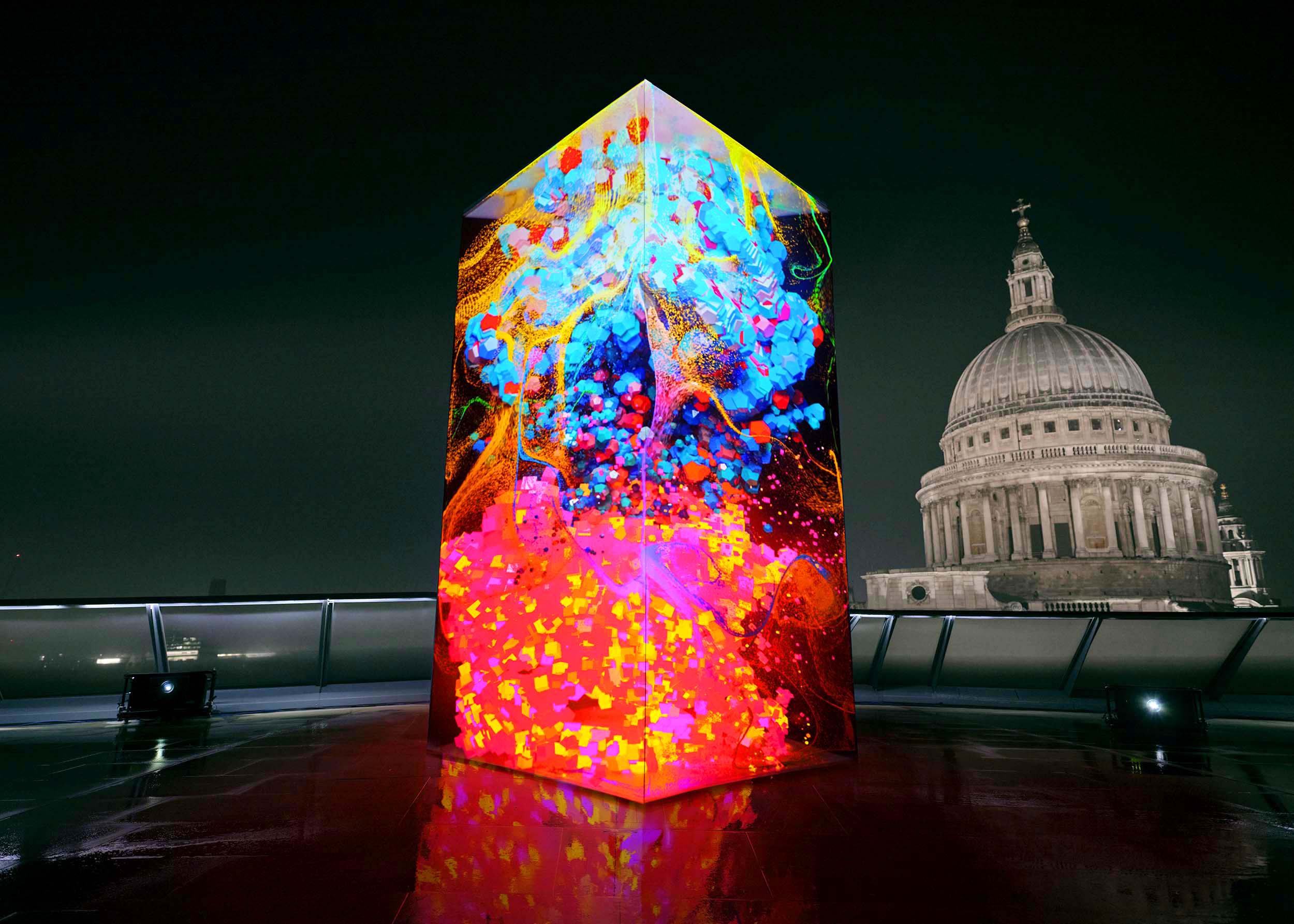 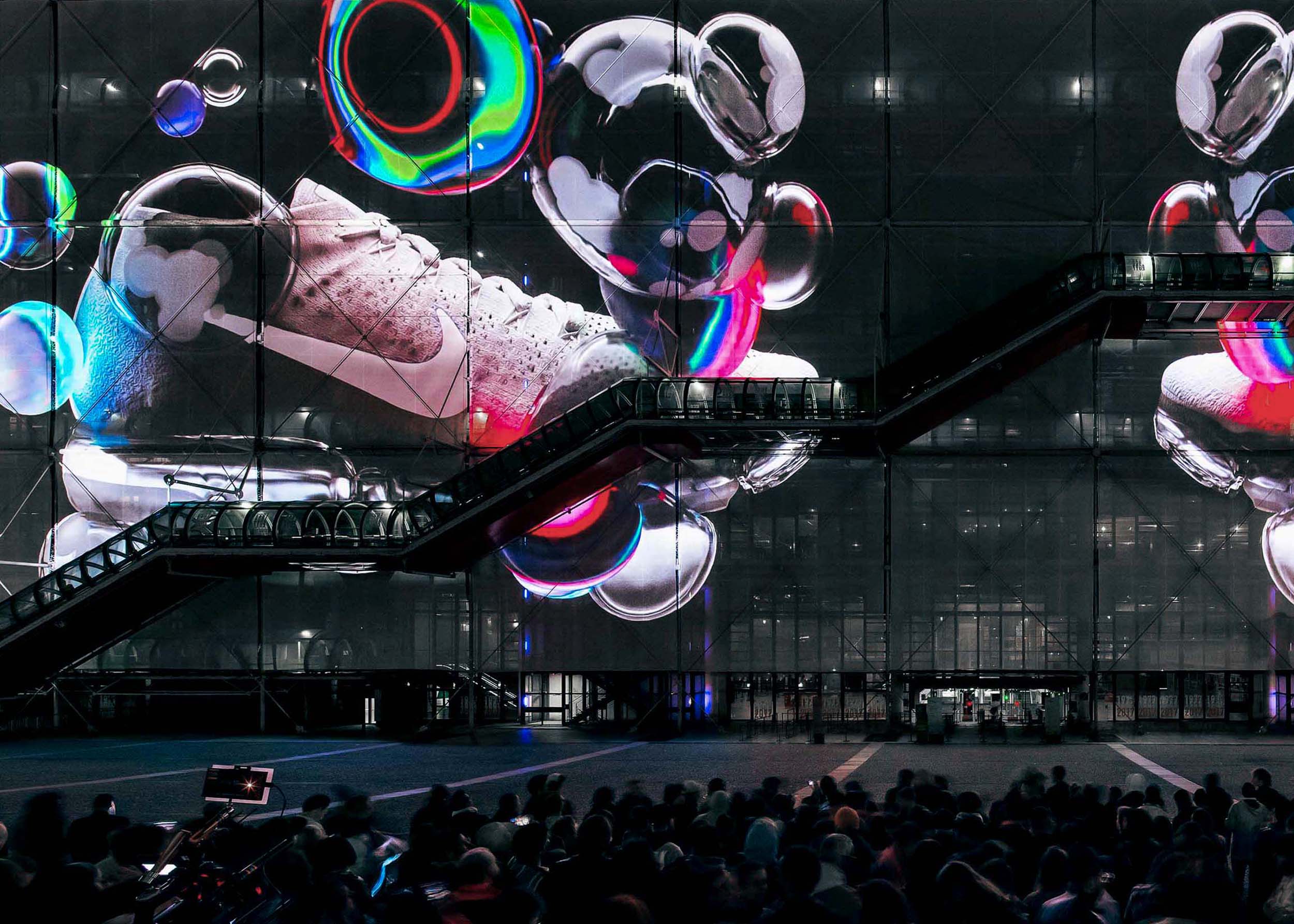